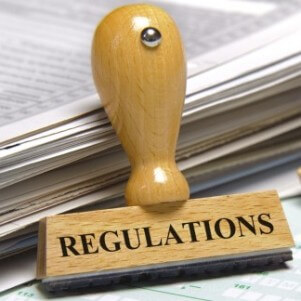 The Chinese government has issued new regulations tightening its control over online news content. Companies that publish, share or edit news will need a government licence, and senior editors must be approved by the authorities. Other staff will be required to undergo government training and assessment, and receive official accreditation. The legislation will bring online news providers into line with traditional news media operating in the country.

The Cyberspace Administration of China (CAC) said the new rules would ‘strengthen management of information and promote the healthy and orderly development of internet news, in accordance to law.’

Organisations that do not have a licence will not be allowed to post news or commentary about the government, economy, military, foreign affairs, or ‘other areas of public interest’. Only publicly funded organisations will be able to carry out their own reporting.

The CAC has made increased efforts to tighten online media regulation in recent months – particularly as live streaming and video blogging becomes a popular means of telling news.

Chinese outlets will not be allowed to enter joint ventures with foreign partners, or accept foreign funding, until thy have passed a security assessment carried out by the government’s State Council Information Office.

Consumer group Which? and analyst Open Signal measured data from mobile phones across twenty cities in the UK. They say that critical reforms are needed to perform a better service for customers. The Open Signal study analysed more than 500m data readings from mobile phones taken from more than 30,000 users between 1st December 2016 and 28th February 2017 via an app. It ranked 20 of the biggest towns and cities from top to bottom based on their 4G availability.

The report also looked at average 4G download speeds across the UK, finding Stoke-on-Trent to be the fastest city and Brighton the slowest. Which? said that big cities often suffer with below par mobile networks because it is more difficult to build towers and masts in built-up urban areas.

Ofcom said its rules meant that nearly all UK premises would have to receive a 4G signal by the end of the year. Ofcom has stated that mobile coverage must improve and that it understood the importance of having a reliable mobile broadband where people live and work.

Google and Facebook revealed as victims of $100m scam

Earlier this year it was reported that a Lithuanian man had been charged over an email phishing attack against two American based internet companies. The victims were not named at the time but have since been revealed as Google and Facebook. They had allegedly been tricked into wiring more than $100m to the alleged scammer’s bank accounts.

The man behind the scam, Evaldas Rimasauskas, allegedly posed as an Asia-based manufacturer and deceived the companies from at least 2013 until 2015. The Department of Justice said that ‘Fraudulent phishing emails were sent to employees and agents of the victim companies, which regularly conducted multimillion dollar transactions with ‘the Asian’ company’. Mr Rimasauskas was accused of forging invoices, contracts and letters.

A spokeswoman for Google said ‘We detected this fraud against our vendor management team and promptly alerted the authorities. We recpouped the funds and we’re pleased this matter is resolved.’ However, the firm did not reveal how much money it had transferred and recouped. Neither did Facebook, but a spokeswoman said, ‘Facebook recovered the bulk of the funds shortly after the incident and has been cooperating with law enforcement in its investigation.’

Commenting on the phishing threat facing big companies, James Maude at Avecto ( a cyber-security firm) said, ‘Sometimes staff think that they are defended , that security isn’t part of their job. But people are part of the best security you can have – that’s why you have to train them.’

According to a Europol report, the sophistication of phishing scams has increased lately. ‘CEO fraud’ – in which executives are impersonated by the scammer – is a particular worry. Such attacks often take advantage of publicly reported events such as mergers, where there may be some degree of internal flux and uncertainty. Firms are being advised to carefully verify new payment requests before authorising them.

A new craze on Facebook is causing some cause for concern. The game is to list the top ten bands people have seen in concert – but with one false entry thrown in for friends to spot. The game seems harmless enough, but there are warnings that this craze could actually be a risk to online security.

The first gig you went to is often one of the security questions which banks and other organisations ask when setting up an account – and revealing that information online, even in an innocent online post, could make you more vulnerable to hackers.

Prof Alan Woodward, from the University of Surrey, said ‘It is difficult to tell people not to take part, as it is part of their normal social interaction. What I would say is to think very carefully about what you are putting into the public domain. The more personal information you put out there, the more likely it is to be used by hackers.’

A Google Docs scam began landing in users’ inboxes yesterday in what seemed to a sophisticated phishing or malware attack.

The deceptive invitation to edit a Google Doc – the popular app for sharing files – appeared to be spreading rapidly, with a subject line stating a contact ‘has shared a document on Google Docs with you.’ If users click the ‘Open in Docs’ button in the email, it takes them to a legitimate Google sign-in screen that asks to ‘continue in Google Docs’. Clicking on that link grants permission to a bogus third party app to possibly access contacts and email, which could allow the spam to spread to additional contacts.

Google has said it is aware of the issue and is investigating. They said that they had taken action to protect users against the email impersonating Google Docs, and have disabled offending accounts. A spokesperson said that they had removed the fake pages, pushed updates through Safe Browsing, and their abuse team was working to prevent this kind of spoofing from happening again.

Phishing scams typically involve emails, ads or websites that appear to be real and ask for personal information, such as usernames, passwords, social security numbers, bank account data or birthdays. Google said it does not send out emails asking for this type of information and encourages users not to click on any links and to report any suspicious messages.

Wednesday’s attack seemed to be more advanced than standard email phishing scams, because it doesn’t simply take users to a bogus Google page to collect a password, but is instead working within Google’s system with a third-party web app that has a deceptive name. If users have already granted permission through the phishing email, they can go to their settings and revoke the app.

Google said the scam had affected fewer than 0.1% of Gmail users – which works out to about one million people affected.