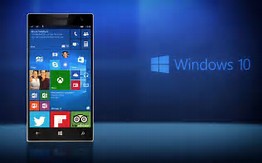 Microsoft gives up on Windows 10 Mobile

Microsoft appears to have abandoned its smartphone operating system ambitions after Joe Belfiore (chief of the company’s Windows 10) sent a tweet stating that developing new features and hardware for the Mobile version of the OS was no longer a focus. He also added that he had also switched to Android himself.

Mr Belfiore said that Microsoft would support the many companies that had adopted the platform in terms of bug fixes, security updates, etc.

Windows 10 Mobile tried to attract users by letting them run the same ‘universal apps’ on both their PCs and handsets, but the concept failed to catch on. It has been reported that there wasn’t a wide range of devices running Windows 10 Mobile thus making it unattractive to retailers or operators. Consumers had reported that the operating system didn’t provide as good an experience as Android or iOS.

Mr Belfiore posted Microsoft had tried “very hard” to incentivise other companies to release universal apps – even writing their software for them in some cases – but the number of users had been too low for most to bother.

Equifax has revealed the extent of a security breach that occurred earlier this year. It is thought that 2.5 million more Americans than previously thought may have had information compromised in the huge cyber security breach at the firm. This means that a total of 145.5 million customers were affected.

Critics say that the company failed to take proper steps to guard information – such as Social Security numbers, birth dates and addresses – and waited too long to inform the public.

Equifax disclosed the attack last month, estimating that around 400,000 Britons and 100,000 Canadians may also have had data compromised.

Richard Smith, former boss of Equifax, is to testify in Congress about the attack. He apologised ahead of the hearing for the firm’s failing and urged the US to adopt new standards for customer credit information. Mr smith said that the attack made him believe that consumers should have sole control over when their credit information may be accesses.

Mr Smith also offered a timeline of events of the incident –

Mr Smith said Equifax faced a huge task to prepare to respond to customers. The firm was overwhelmed by calls after the breach became public and faced problems with the website it created to address customer complaints.

Equifax holds data on more than 820 million consumers as well as information on 91 million businesses.