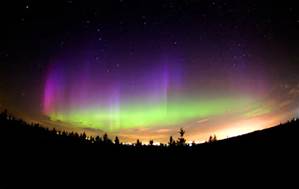 A lawnmower has been blamed for wrongly triggering sensors that predict when the Northern Lights will be visible in the UK! A red alert issued via the Aurora Watch mailing list was withdrawn after sensor readings were found to be ‘spurious’. Investigations revealed that a lawnmower had got too close to one sensor – causing a massive spike in the data.

Aurora Watch, which is run by scientists at the University of Lancaster and takes readings from lots of magnetometers to work out when the auroa borealis will be visible across Britain, said they would be taking steps to ensure this did not happen again.