Windows 10 Software criticised by Which? 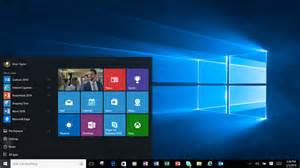 Microsoft has been criticised over its Windows 10 by consumer rights group Which? Hundreds of complaints have been received with regards to lost files, emails no longer synching and broken Wi-Fi and printing. In some cases, users said they had to pay for their computer to be repaired. A spokesman from Microsoft said, ‘The Windows 10 upgrade is a choice designed to help people take advantage of the most secure and most productive Windows. Should a customer need help with the upgrade experience, we have numerous options including free customer support – both online and by phone.’

The consumer group said users had complained of feeling ‘nagged’ by regular alerts prompting them to upgrade their system, and despite declining the notifications, had said Windows 10 had installed itself regardless. Complaints were also made about poor customer service.

Windows 10 was released in July 2015 as a free upgrade for one year, and was designed to run across laptops, desktop computers, smartphones and Microsoft’s reality headset HoloLens. Stuart Miles, founder of gadget news site ‘Pocket-lint’ said, ‘With a rollout of this size, it is always likely there will be issues and problems experienced by some users. On the whole, Windows 10 has been received well, and was a notable step up from the previous Windows 8, which did not go down well with many users.’