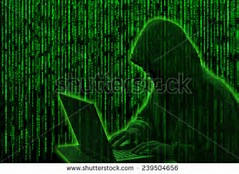 NHS Lanarkshire was attacked by a new variant of Bitpaymer last week. The cyber attack led to some appointments and procedures being cancelled. Staff worked over the weekend to reinstate IT systems, and are trying to establish how the malware was able to infiltrate the network without being detected.

This infection shows how disruptive Ransomware can be. It encrypts the data it finds on a host computer so that it can no longer be accessed, and then demands payment, often in Bitcoin, for its release.

This type of cyber attack can happen at anytime – to anyone. The people who carry out these disruptive acts are opportunists. We should all aim is to make their job harder – by making sure we have strong passwords in place, and by backing up all files.

Most malware looks like it has come from a trusted source. A simply click on a link is enough to cause widespread disruption. Being prepared with as many security measures in place, as well as being vigilant and alerting colleagues to any unusual e-mails etc, is the way forward.

There are many examples of individuals and organisations that have chosen to part with their cash – but there is no guarantee that by paying the ransom you will get your files/data back.

You are most welcome to give one of our consultants a call – to check that all has been done to keep a cyber attack at bay. Be prepared and be safe.

ADECS Alert – How to protect against Global Ransomware Attacks

As you may be aware a massive ransomware attack spread across the globe over the weekend locking up thousands of hospital, telecommunications, and utilities systems. Whilst the ransomware was first detected wreaking havoc across the NHS network, the infection quickly spread worldwide with researchers observing 75,000 infections across 100 countries.

Ransomware – a malicious program that locks a computer’s files until a ransom is paid – is not new but the size of this attack by the WannaCry malware is unprecedented. According to specialists the attack used data stolen from the NSA to exploit vulnerabilities in old versions of Microsoft Windows and deliver the WanaCrypt0r ransomware.

So what has happened and how can you protect your organisation from such an attack.

Take care when opening emails and clicking on links

Update Windows software and all antivirus

Ensure you back up regularly

Should you require any further information or advice on how to keep safe, do not hesitate to give one of our team a call for a chat. Make sure you are taking the right precautions to keep your business safe and running. Call us on 024 7699 5930 or 024 7669 4489 for any concerns you may have or if you would like a full security review.

Protecting your Networks from threats and attacks from Malware

There are many malware products causing major problems and destruction to businesses every day. Being aware of the variety of corruptive software could save your business from harm. Here are just a few examples of the problematic programs.

Remote Access Trojan malware is usually downloaded invisibly with a user-requested program, for example, a game or as an e-mail attachment. This malware program includes a back door for administrative control over the target computer.

Botnet is where computers have been set up to forward transmissions (including spam or viruses) to other computers on the Internet.

Browsers based malware is a security attack where a Trojan horse is installed on the computer that is capable of modifying that user’s web transactions as they occur in real time.

Ransomware is a malware that restricts access to your computer or its information, while demanding you pay a ransom to access back.

If you are worried or concerned about protecting your business from such malware, or have been affected by any of the issues, please do give us a call on 024 7699 5930 and speak to the ADECS team who can advise you on how to stay safe from such software problems.